Releasing a minor update to eventon FullCal today. The new version update will address below items. Most important addition would be the 50-50 month grid and the side by side. The 50-50 display was something that was requested by several users and Mike has been providing them with a custom CSS patch. One thing to remember is this visual style can only be used when you have the grid interaction set to default method. 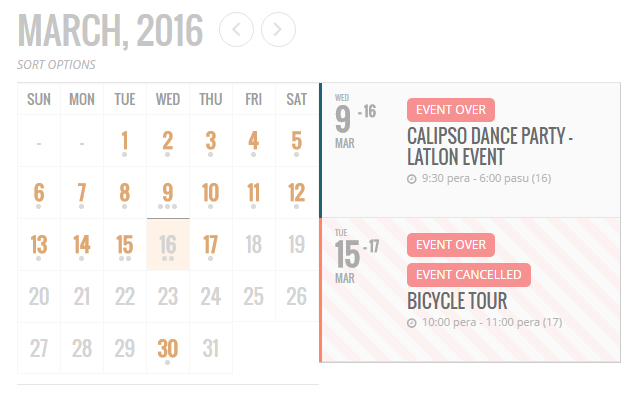 But now you will be able to achieve that using shortcode easily using the new shortcode parameter below.

Among other updates include, several minor fixes. Multiple events and multiple event names showing with lightbox grid interaction was something that was addressed in this update.

How to install addon updates

You can get live update notices via our twitter stream.