Following our update to fullCal I am also releasing an update to subscriber that was in the work at the same time. This update adds several new items and the most important one is the connection with mailchimp that was requested by handful. 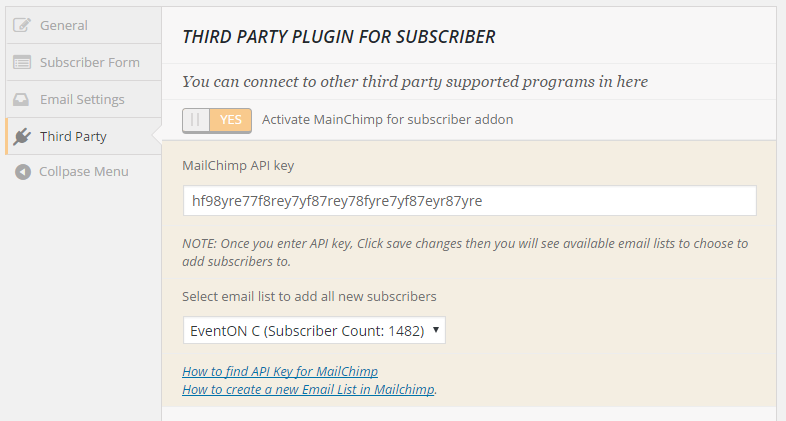 You can now enter mailchimp API information and access all the available email lists, to which you can directly add subscribers at the same time they get added into the website subscriber section as well.

We also updated the auto emails, so they look little nicer and are using the standard eventon email layout styles.

How to install addon updates

You can get live update notices via our twitter stream.

Releasing a minor update to eventon FullCal today. The new version update will address below items. Most important addition would be the 50-50 month grid and the side by side. The 50-50 display was something that was requested by several users and Mike has been providing them with a custom... [...]